A better solution than eliminating half of the universe Thanos 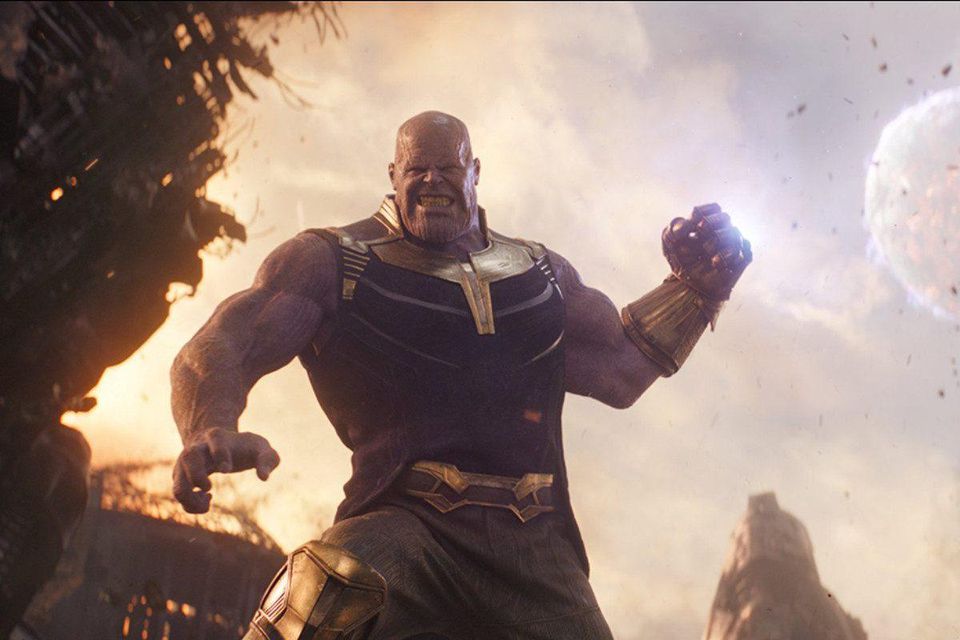 In the comic books, Thanos's motivation for committing mass murder on a universal scale was wooing the personification of Death. This was horrific, but it made some sense in that one could see why a character called the Mad Titan would see mass murder as a way of impressing the personification of Death, whether said personification would actually take it well or not. Unfortunately, this motivation was never going to see use in the Marvel Cinematic Universe because it would have eaten up too much screen-time to establish the relationship as well as make the viewers invested in it, which is why Avengers: Infinity War went with Thanos wanting to kill half of the population of the universe because of overpopulation concerns.

Suffice to say that killing half of the population of the universe is a pretty dumb solution for overpopulation. For starters, killing half of the population of the universe would kill a lot more people than that because of the knock-on effects. Simply put, the more complicated societies become, the more susceptible they become to mass deaths that wipe out critical expertise and experience without which vital processes cannot function, thus resulting in a scenario of societal collapse. Hunter-gatherers might be able to survive the loss of 50 percent of their population, but the same can't be said for post-industrial societies with population centers that need functional infrastructure to provide them with food, water, and the other basic necessities of life. Of course, this would not include the psychological toll of surviving Thanos's plan, which is bound to cause a wide range of sub-optimal responses from a wide range of people for very understandable reasons.

On top of this, killing half of the population of the universe solves nothing in the long run because people will repopulate their planets. For proof, look no further than the fact that Europe's population managed to recover to previous levels in a couple of centuries even though the Black Death killed something along the lines of 30 to 60 percent of Europeans. As a result, if Thanos wants to keep the population in check via mass murder, he is going to have to commit mass murder again and again until the heat death of the universe because centuries are nothing on a universal time-scale.

What Would Have Been a Better Solution than Eliminating Half the Population of the Universe?

Unfortunately, coming up with better solutions for overpopulation than Thanos's dumb plan is complicated because we don't actually know the limitations of the Infinity Gauntlet, assuming that it has those. Still, there is no harm to speculation.

One potential solution would be increasing the resources that can be found in the universe, while another much more potentially horrific solution would be changing the nature of sapient species in some manner to make them less prone to over-using the resources that can be found in their environments. Ultimately, the best solution might be what enabled us to escape our own version of the Malthusian Trap, which was the prediction that human societies would become incapable of sustaining its members because of the arithmetic growth of food production and the geometric growth of the human population. In the end, it turned out that technological advances enabled us to produce a lot more food using the same amount of arable land than what the most pessimistic thinkers were expecting; while birth rates fell when standards of living rose to the point that infant mortalities were no longer common occurrences, which is why significant swathes of our planet now have sub-replacement birth rates.

In other words, Thanos could've made a lot more progress towards his goals by coming up with better technologies before distributing those to societies in need. We don't have a perfect understanding of what is and isn't technologically possible in the Marvel Cinematic Universe, but considering that Thanos has literal universe-warping magic at his disposal, it is difficult to believe that he has hit the technological limitations of what is possible. Granted, Thanos the humanitarian is probably a lot less entertaining than Thanos the mass-murdering straw utilitarian, which is why we have what we have now.