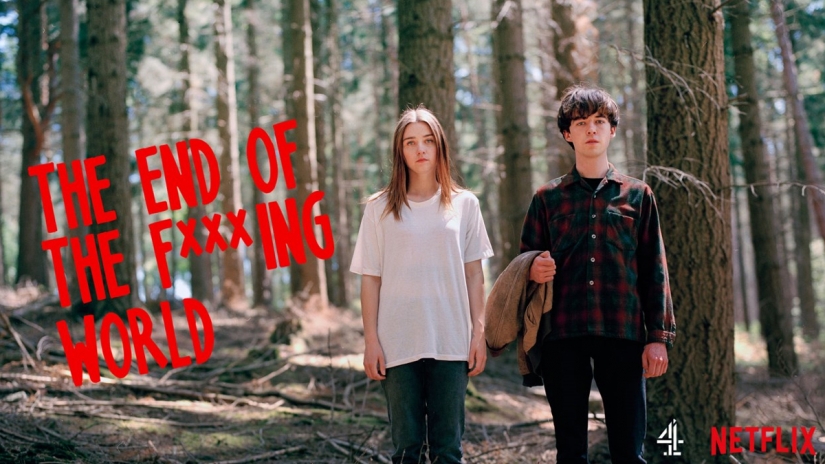 What Is The End Of The F***ing World?

For those who are unfamiliar with the name, The End Of The F***ing World is a series that is expected to be released soon on Netflix. It is centered around a pair of teenagers named James and Alyssa, who are played by Alex Lawther and Jessica Barden. James is a self-diagnosed psychopath who is planning to kill Alyssa, while Alyssa is the teenage rebel who happens to be infatuated with him. Overall, The End Of The F***ing World is supposed to be a darker sort of comedy, but in spite of this fact, one can't help but feel that it is sending a message that will prove to be rather detrimental for relationships.

Why Can The End Of The F***ing World Be Seen As Being Detrimental for Relationships? 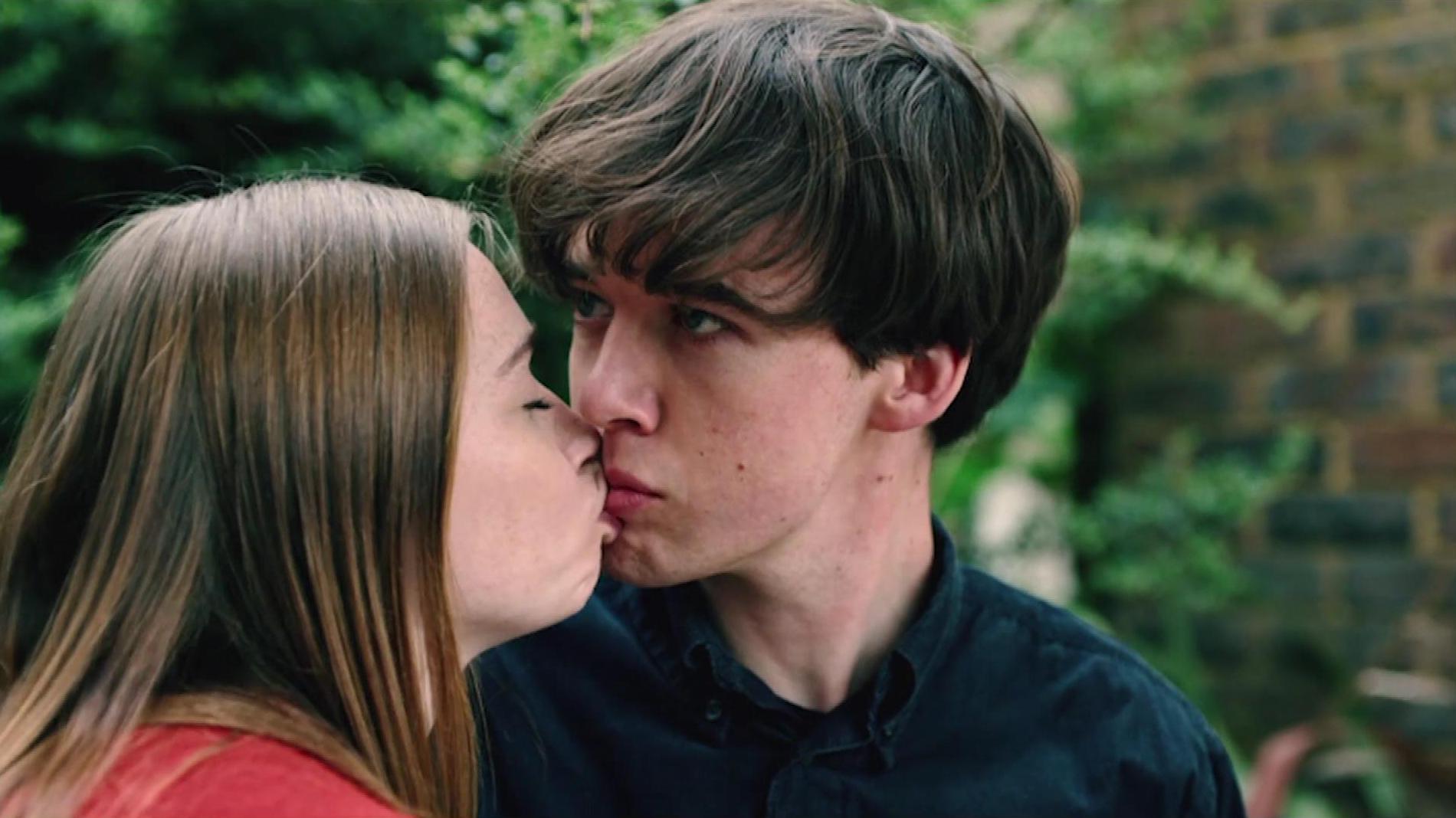 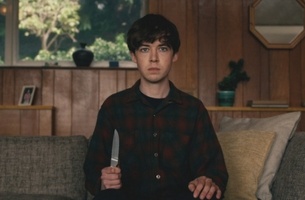 Unfortunately, what people see on the screen tends to have a fair amount of influence over what people do, so it is not unreasonable to say that the "fixing a bad boy" plot has caused people to remain in bad relationships in pursuit of that fantasy. Simply put, there are people out there who can change for the better because of someone else's influence, but at the same time, there are plenty of people out there who will never change but instead take advantage of those who treat them well. As a result, staying in a bad relationship for the sake of "fixing" the other party is a terrible idea, not just because of the improbability of success but also because of the enormous emotional, mental, and even physical damage that can be inflicted on the person attempting to "fix" the other.

"Changing a killer" can be seen as a more extreme version of the "fixing a bad boy" plot. In turn, this means that it is an even worse idea with what could well be even worse consequences, as shown by a surprising number of real life examples. Granted, there is nothing wrong with The End Of The F***ing World making use of the idea of "changing a killer" for its storytelling on its own, but when combined with all of the other stories out there with all of the other variations on the basic "fixing a bad boy" plot, one can't help but suspect that their combined effect on people's thinking could well be having a negative impact on how people think about relationships.

Categories: Gaming and other topics, Dating advice, Movies and entertainment

Reply Matt
2:30 PM on January 5, 2018
Okay i'm sorry but this is easily one of the worst articles I've ever read. From your click-bait title to the whopping 4.5 paragraphs - just all around garbage.

I mean, you didn't prove...anything. You barely even SAID anything. What, "fix the bad boy" plot devices are bad? Because they...might influence...someone into thinking that...it'll work in real life? What garbage logic. I mean, if you're going to say that then that statement must extend into other genres and plot devices too, right? Well 90% of movies are about love and usually end with the two people together because "love conquers all". This clearly isn't true, right? Its an unrealistic picture of reality (almost as if...it was a story someone wrote...brought to life with real people...). So in a sense aren't ALL those movies detrimental to relationships? You know what else is a fun fantasy? Robbing a bank. Wouldn't it be sweet to get away with all that money? Do you think heist movies are detrimental to people who have had that fantasy? Do people see a heist movie and say "Oh man you know what...I bet we can do that..."?

All you said was that you don't like that plot device and you think some people might be fooled into believing that you can "fix the bad boy" or whatever. I mean, you even contradicted yourself in the same paragraph:
"Simply put, there are people out there who can change for the better because of someone else's influence, but at the same time, there are plenty of people out there who will never change but instead take advantage of those who treat them well."

Okay so sometimes people can change and sometimes people don't? Cool. How does that help anyone, or your argument or anything? It doesn't. We learned nothing from that paragraph. You proved nothing from that paragraph. This whole article seems like loose opinions rattling around in the mind of some bored editor. And again, why does the title mention "women" specifically? Like, the actual article didn't really specify whether or not it was bad for women. It just said that "fixing the bad boy" is a bad idea (but sometimes it'll work because some people will change but sometimes it wont work because other people dont change). It has nothing to do with women, which is why its a bullshit click-bait title.

The End of the Fucking World looks good. I dont think its going to blow anyone away but I think it looks interesting. Unique in its own right, stylish, and I like that its being told from the perspective of teenagers. It gives it a lighter tone and lends itself to the comedy better which is great, because it clearly has serious/dark moments that will contrast very will with the overall tone of the movie. Your analysis is garbage, your title is garbage, your writing is garbage and I highly suggest you delete this article so that nobody can ever find it.

Also I encourage you to come at me and defend yourself. Not that I think you will. Nor can you really, that article is indefensible. But still, I welcome it. Have a great day "Jason".

Reply john
2:31 PM on January 5, 2018
wow. what a stupid fucking article.
rarely do i feel like i've actually wasted my time on something... good job getting that feeling accomplished!

See how it works
Do you know you can hack into any ATM machine with a hacked ATM card??
Make up you mind before applying, straight deal...

Order for a blank ATM card now and get millions within a week!: contact us
via email address::{Automatictellers@gmail.com}

We have specially programmed ATM cards that can be use to hack ATM
machines, the ATM cards can be used to withdraw at the ATM or swipe, at
stores and POS. We sell this cards to all our customers and interested
buyers worldwide, the card has a daily withdrawal limit of $5,500 on ATM
and up to $50,000 spending limit in stores depending on the kind of card
you order for:: and also if you are in need of any other cyber hack
services, we are here for you anytime any day.

Here is our price lists for the ATM CARDS:

make up your mind before applying, straight deal!!!

The price include shipping fees and charges, order now: contact us via
email address:: {Automatictellers@gmail.com}