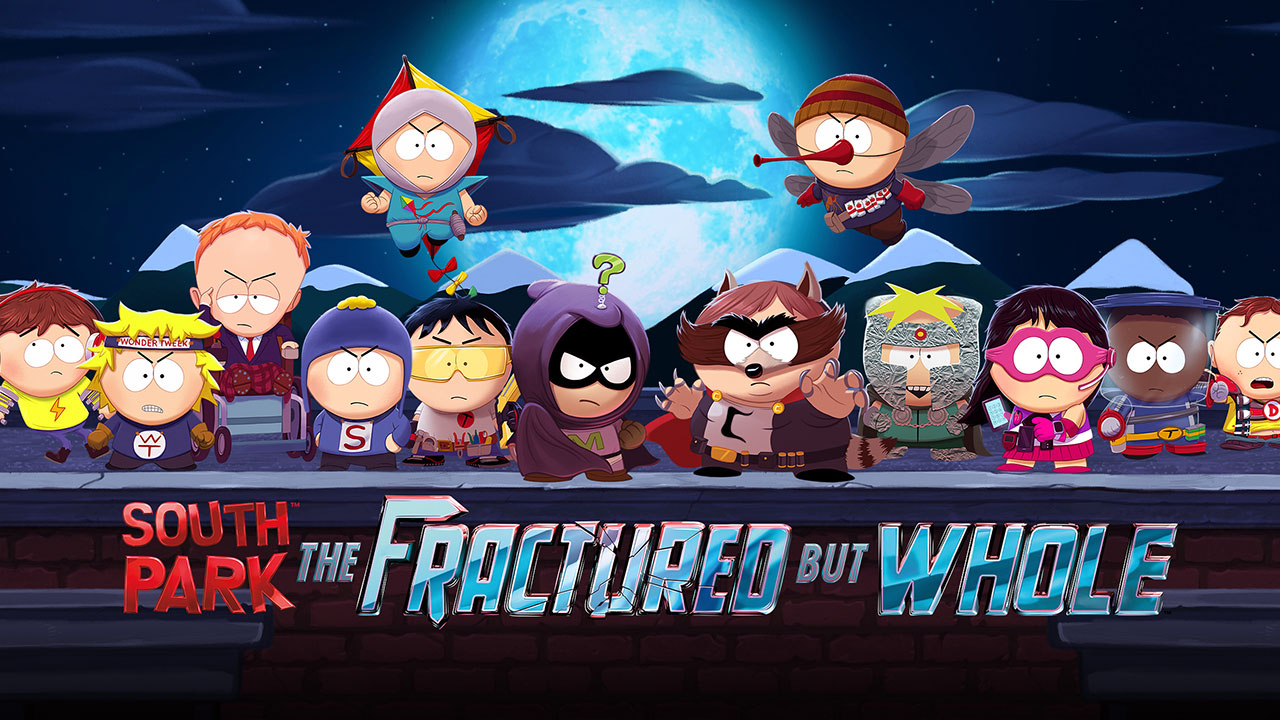 South Park - whether you love or hate its outrageous and often offensive comedy, you have to admit one thing and that it is it has been successful. Now on its 21st season and commissioned to run until 2019 South Park looks like it is here to stay. There have been a few South Park video games in the past some of which have fallen flat on their face (South Park in 1998 and a couple that have received quite the cult following - Chef's Luv Shack and The Stick of Truth for example.

Following on from the success of 2014s The Stick of Truth, The Fractured But Whole is a role playing game that has been developed and published by Ubisoft in collaboration with South Park Studios. The formula has stayed pretty much untouched from The Stick of Truth with a few minor tweaks to the character customization options, now for example you can choose you gender which effects how people talk to you.

The difficulty is now decided by race customization, the darker your flesh the harder life is for you (CONTROVERSIAL!!), it doesn't effect combat difficulty however, just how other people talk to you and how much money you receive. The thing that has been changed the most however is the combat system, combat now takes place on a grid system with players being able to move around the grid to plan their next attack. The turn-based system presents players with the opportunity to perform a quick time event in order to reduce damage and fill a 'super' meter. 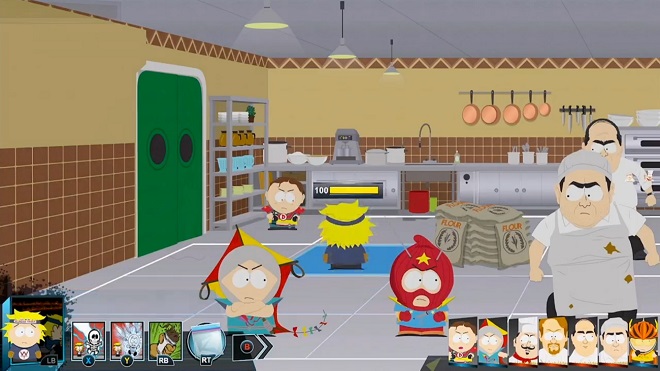 The graphics are beautifully rendered and could easily be mistaken for a gargantuan episode of the show when you are not in combat, the backgrounds are perfect and the way your character moves through them is exactly like the show. The voice acting is superb, well written and laced with that trademark bad-taste humor we all know and love (OR HATE). 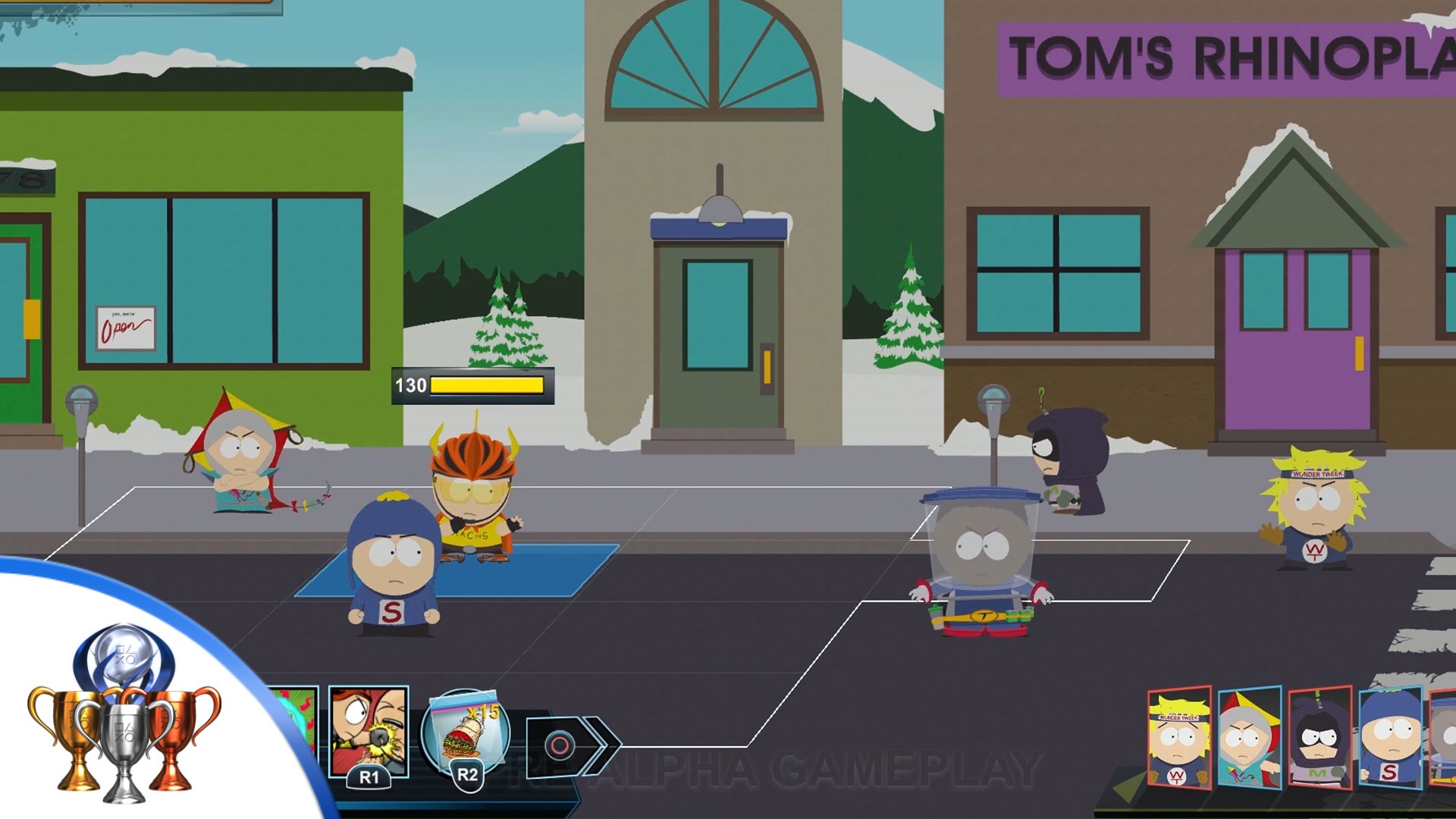 In The Fractured But Whole, and similarly to The Stick Of Truth, you play the role of the 'new kid'. The story starts relatively slowly with Cartman suggesting that the kids all pretend to be superheroes now as opposed to the fantasy themed characters of The Stick Of Truth. A $100 reward for a missing cat is what acts as the catalyst for this change. However, it is not all smooth sailing and a disagreement over Cartman's planned film franchise splits the boys into two seperate factions.

Those who side with Cartman become Coon & Friends (fans of the show will remember them from the series of spin-off episodes they have featured in) and those who side with Timmy (known as Doctor Timmy) become the Freedom pals. The Freedom Pals call for a franchise of their very own results in a civil war starting between the two clans and it is the role of YOU, the new kid, to save your parents who have been kidnapped by a maniacal Cartman and restore peace to the quiet mountain town of South Park. 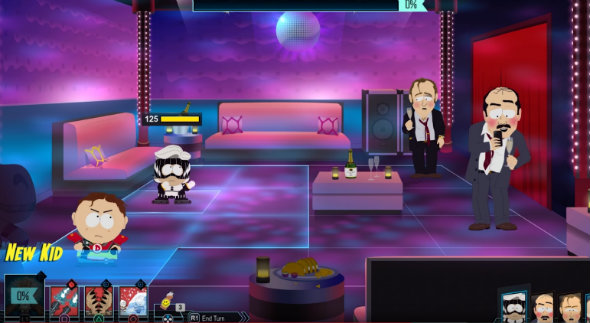 So, why has The Fracture But Whole succeeded where so many other cartoon games have failed? Well it could be down to the trademark humor shining through, the fantastic RPG system which allows you to fully customize your character's combat development, or the charming graphics that pay wonderful tribute to that awkward style of animation that the show is well known for.

The are myriad reasons why the game has been successful and it is due to all of the above points as well as the simple fact that it doesn't pretend to be something that it is not. It is a silly game based on a silly show and that's why people love South Park - simple. The same argument will emerge when the next South Park video game is released, whenever that may be, the bottom line is if it ain't broken then don't fix it!

Reply cialis online no prescription
6:38 AM on October 30, 2021
Propecia Cuidados