Why chuck is the real villain in season 5 of Supernatural 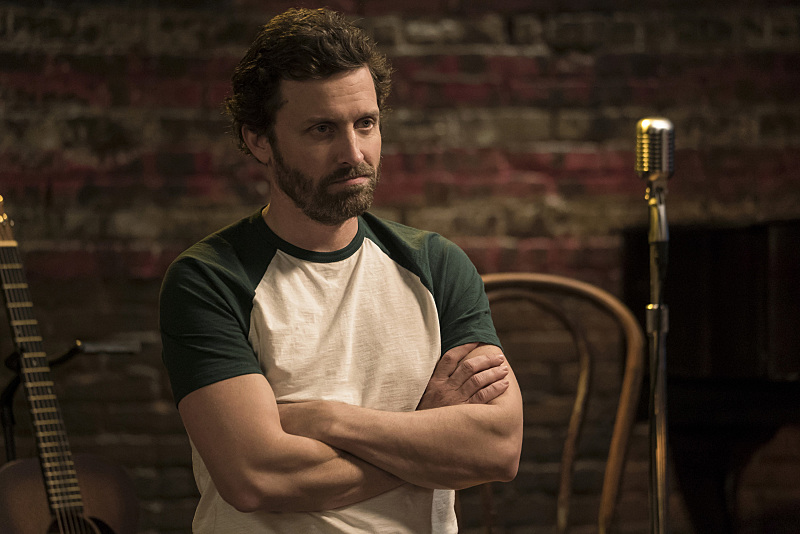 Chuck Shurley, an evil rendition of the Biblical God. He's more or less a perfect example of your run of the mill scumbag who receives the power of everything in existence. Chuck is a very flawed God, to say the least.

And, much like the real God, Chuck can be seen as the real villain within Supernatural.

"a cruelly malicious person who is involved in or devoted to wickedness or crime; scoundrel."

Now, Chuck Shurley certainly fits all those characteristics. Its easy to see that Chuck is the real villain.

God is older than Death itself. So why does Death even exist? There's little room to philosophize as to why God would allow Death a place in the Universe. After all, God is God, with divine love and all the power in the universe and beyond. There's no reason for death, suffering or drama to exist, and yet God allows these things to thrive. This makes God the villain more because God (Chuck), chooses not to act or change things when he has all the power and authority to end suffering. In this case the influence over the suffering isn't entire overt, but it still flows upward and ultimately stops with God.

Chuck Likes to Experiment with People

Chuck can create any story and have it acted out. He treats his creations like experiments, and sometimes these experiments are not always pleasant.

God/Chuck is very archaic with how he disposes of his "doomed" creations. The easy, painless route would be to simply erase a badly created being, like the Leviathans and Hellhounds, which are either locked up or destroyed. God is supposed to be extremely smart and compassionate, so why go for the barbaric disposal methods? It's nothing out of the ordinary in terms of Biblical Godlike behavior, but regardless is still pretty wicked, the mark of a true villain.

Another prime example of this behavior is God's dealings with humanity. Initially, God enjoyed creating humans, thinking of them in the highest esteems, his best work thus far. And then, he gets bored, leaving them to their own devices. Abandoning his "children". It's fitting that God/Chuck would respect man's right to free will, but humans are still the creations of God and need guidance and compassion.

In fact, God acts similarly to his Angels as he does to humanity. He rarely interacts with them, if ever, and never really interferes in their on-goings. He is as neglectful, just like a mortal man could be.

God's treatment for those who fail to live up to his standards is pure torture at times. It makes zero sense for God to punish his creations. It borders pure sadism. God needs to just fix his mistakes instead of taking out his anger on them. Chuck needs to live up to the standards imposed upon him by those who have faith in God. Where is the all knowing, all loving, compassion we always hear about?

There's somewhat of a debate if Michael can truly be considered a villain in Supernatural. While Michael's actions certainly are not always admirable, he does what he is ordered to do. For example, killing a bar full of people is without a doubt pretty wicked, however Michael is truly committed to carrying out God's orders. He has little to no choice in his actions, only that he must be an obedient son. While what Michael is doing isn't necessarily righteous or well justified, he is doing his duty as an Angel and Son. If anything, Michael's actions stem from God (Chuck's) overall maliciousness. 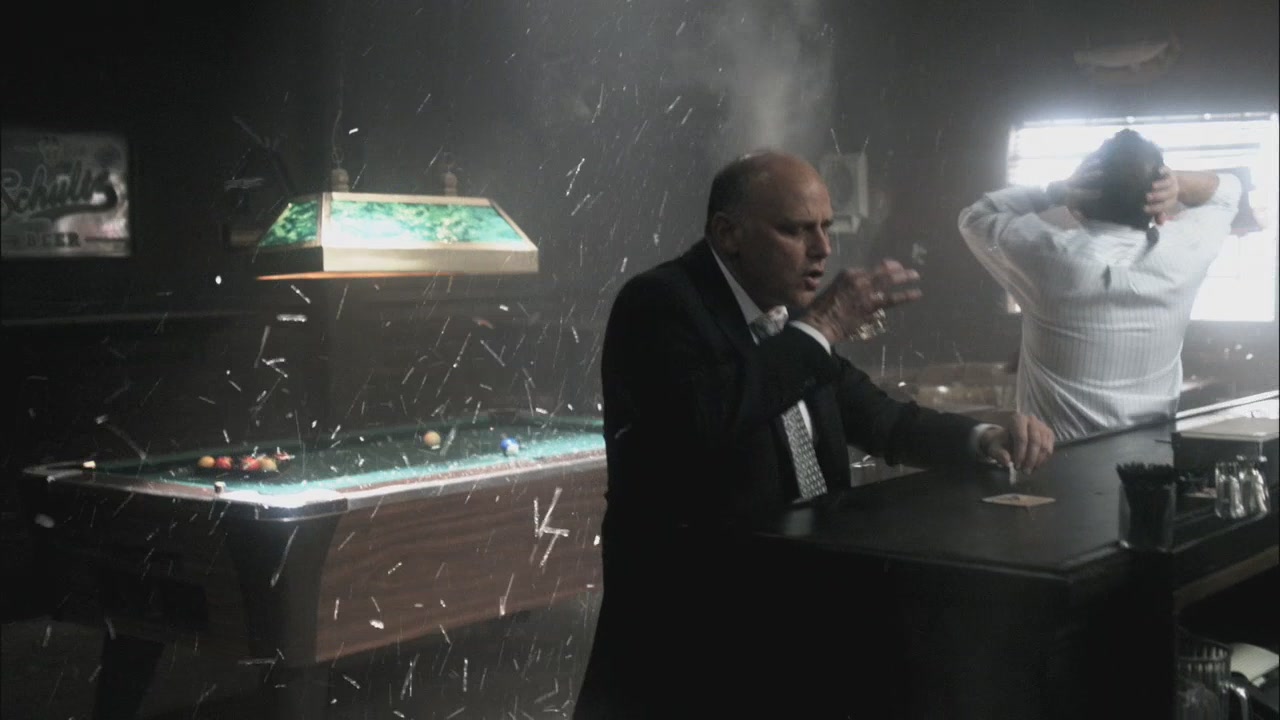 And Lucifer? He's just a Victim(sorta) of a Cruel God

Fans will note that God gave Lucifer the Mark of Cain, a seal created to keep The Darkness at bay. The Darkness is the opposing/equal force for God. The Mark is part of a weapon designed to slay all evil. Unfortunately, the Mark ends up corrupting Lucifer, much to God's surprise. This lead to Lucifer being cast out of Heaven.

What is ridiculous about all this, is that God simply thought that Lucifer might be strong enough to handle the Mark of Cain. God did not know for a fact, but merely believed that hey, maybe Lucifer can withstand this thing's pull. Seems pretty lackadaisical and strange that the all-knowing, omnipresent, Lord of All Things would entrust the Mark of Cain to someone on a whim. Additionally, Lucifer ends up being punished at the end of this whole fiasco. Clearly, God has an issue taking credit or blame for such a trivial mistake. 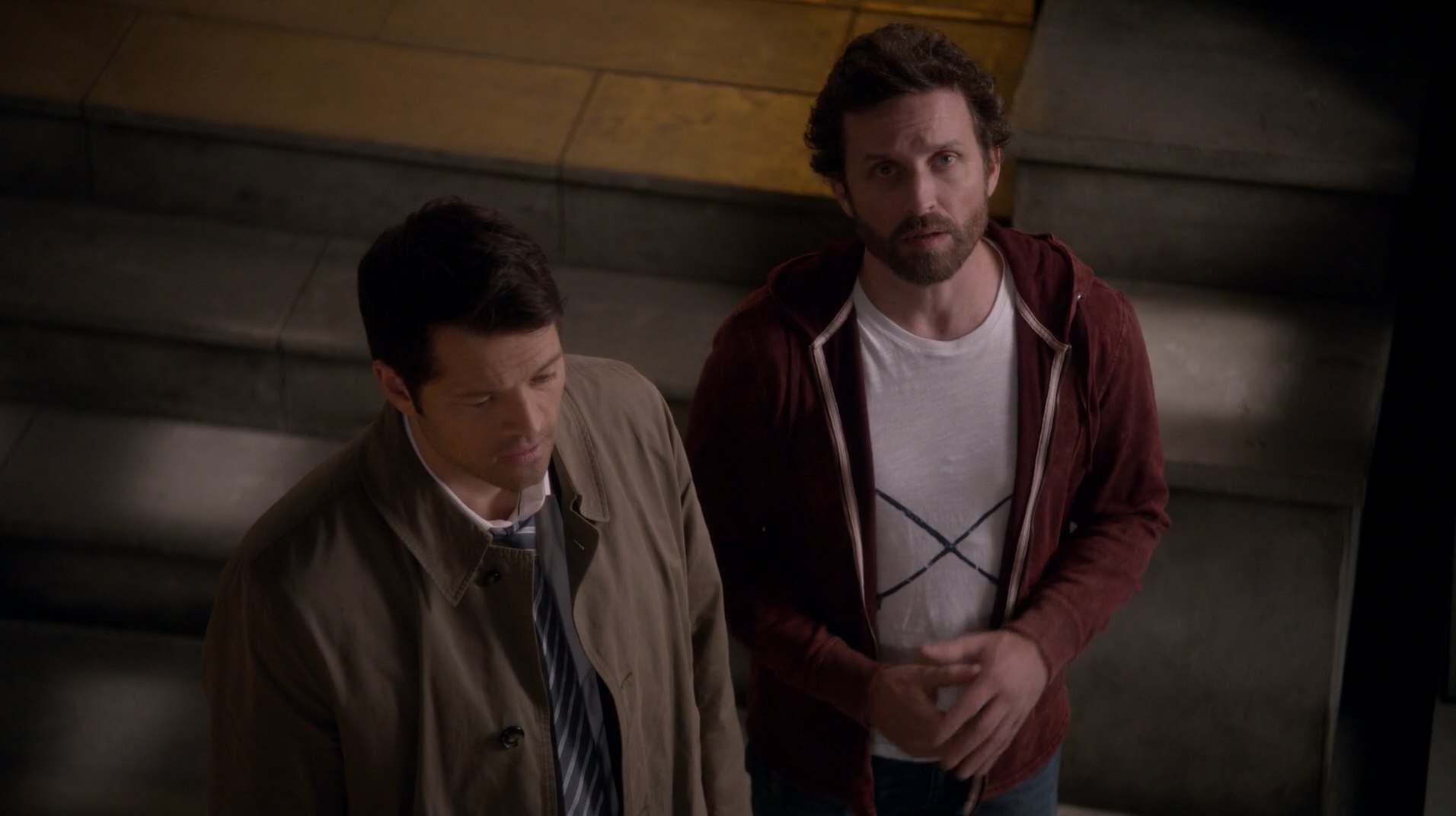 To make matters even more bizarre, God orders Michael to punish Lucifer by putting him in the Cage. Why can't God just not make mistakes? Why can't God accept responsibility for when his perfectly divine plans go to Hell?

Because God/Chuck is the True Villain in Supernatural

They always say that life imitates art. Well, this could not be farther from the truth with Supernatural. God, or Chuck, is exactly like we believe the real God to be (assuming God exists). Many would say that God has abandoned humanity, and has ultimately made a giant mess of the Heavens, the Earth, and everything else in existence.

Chuck is mean, wicked, selfish and foolish. He is everything nobody wants to be from the God of everything. He cannot accept responsibility, and does not utilize his divinity to make perfect decisions that keep others from suffering. He is by all accounts entirely responsible for any and all the suffering, deaths and drama in the universe.

God could make everything perfect if he truly wanted to. He could even make himself appear to be all wise and all loving. His actions show that God does not care who he hurts or punishes, despite who's truly at fault. He is an omnipresent bully if anything else, a boss who cannot or will not realize that he is the reason for everyone's pain.

The true villain of Supernatural.