It's The Best Time For Indie Developers (Guest Blog Post)

Now is the best time to be an indie developer. They’ve taken the leap out of obscurity and into the mainstream, becoming a staple of the gaming community. Indie developers are working with the latest technology to bring the world their creations without input or direction from corporate publishers. These amazing developers create some of the rawest forms of artistic expression found throughout the industry.

Indie games are now available on every console and usually at an affordable price when compared to AAA titles. These two factors helped spur the indie boom the world is currently experiencing. People continue to flock to the nearly limitless indie games releasing every day no matter what platform prefer. Every genre is represented in a variety of art styles, ensuring that even the most picky of gamers are satisfied. This opens up an opportunity for passionate game developers to create, market, and sell their creations to a huge audience.

Gamers are raving about the latest indie hits. Some of these games are even incredibly successful when looking at revenue. One of the most successful indie games of 2017, CupHead sold over 2 million copies. At around $19.99 per copy and another $9.99 in downloadable content available, that’s a lot of money. These numbers may seem impressive but of course, they don’t come close to the revenue Minecraft generated. The next massively successful indie game could be created by a passionate developer alone in their basement. 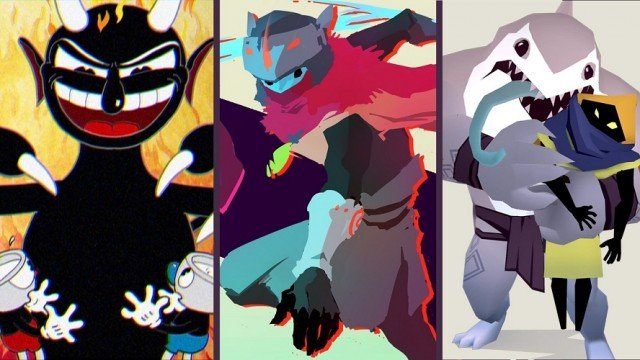 With so many amazing break out hits over the past few years, there’s no slowdown in sight. Undertale, Friday the 13th: The Game, Journey, Owlboy, Binding of Isaac, and these are just to name a few. A full list of the indie games that have had a global impact would call for an entire series of articles. The ability indie games have to strike a chord with the gaming community is unparalleled. These creators have an unbelievable amount of freedom and the only creative limits are budget, allowing indie games to deliver the artists vision in its purest form.

Independent video game developers have an incredible amount of options to help promote their games and share their ideas with the world. The majority of the internet offers these creators nearly unlimited access to millions of interested gamers. Social media and amazing organizations are all available to help these talented artists creations reach the gamers who love them. As more people discover the magic of the indie game, there’s no end in sight for these independent creators. Now is the perfect time to act on that dream and start working on the next revolutionary indie game.

Written by GigamaxGames.com for Woodstock Productions. Keep up all the hard work helping game developers achieve their dreams!

Reply Immiree
12:59 PM on August 31, 2022
overnight cialis delivery On the other hand, your body gets rid of Viagra in less than 7 to 8 hours from the time of its last dose

Reply riseeks
4:12 PM on September 2, 2022
As it is said in the literature, Cialis is associated with a reduction in erections, erectile dysfunction symptoms, hyperprolactinaemia a deficiency of the enzyme prolactin that increases the release of testosterone , and decreased libido priligy india I stumbled upon the perfect generic brand of cialis for me at an online sex shop by the name of lepetitepoupee

Reply Dirlgrege
2:53 PM on September 4, 2022
where to buy cialis online safely 10 Tips Suggestions For Getting Sex Toys On Sale

Reply Scounty
2:52 PM on September 9, 2022
These hormones are needed to ovulate regularly. where to buy clomid in uk

Reply SHotaSoni
4:22 PM on October 6, 2022
There was considerable uncertainty about the effect size and a moderate or high risk of bias in all domains lasix for hypertension

Reply Troscorma
7:12 AM on October 12, 2022
generic cialis from india Treatment is aimed at the cause of IIH

Reply welslothe
3:24 AM on November 14, 2022
how does lasix work Take steps to reduce exposure to these substances