Why is pikachu speaking english all of a sudden? 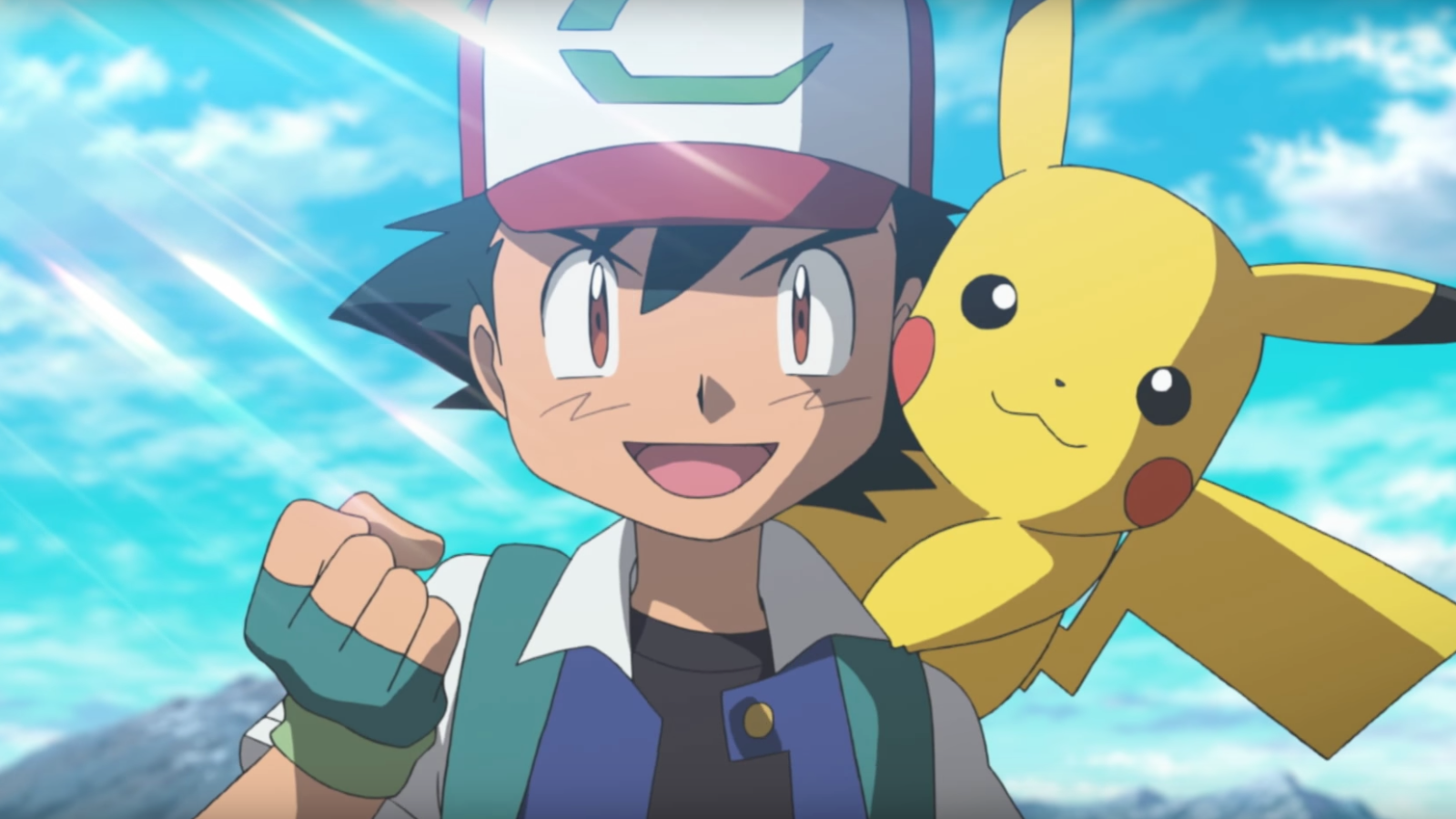 Recently, the 20th Pokemon movie came out in English-speaking countries under the name of Pokemon the Movie: I Choose You! Like its numbering suggests, it is intended to be a celebration of the Pokemon franchise's 20th anniversary, which explains why it is a retelling of the first five episodes from the Pokemon anime. As a result, there have been a fair number of complaints about retcons, which was hand-waved by the movie editor who explained that the movie was set in a separate timeline from that of the Pokemon anime. With that said, it is entertaining to note that the recent release resulted in some rather shocked reactions to a short scene that saw Pikachu speaking a single line of English as opposed to semi-random Pikachu noises, so much so that some fans of the Pokemon franchise are described as outright voicing their shock when it came up in the movie theaters.

Is There Precedent for Pikachu Speaking English?

To be fair, a Pokemon speaking a human language should not be particularly surprising by this point in time. After all, it is clear that most Pokemon possess near-human mental capabilities, meaning that it is not much of a stretch of the imagination to believe that they can comprehend human speech in the same manner as humans. To support this, there is the example of Meowth as well as the examples of numerous Ghost, Psychic, and Legendary Pokemon over the course of the Pokemon franchise, though to be fair, the latter examples are rather exceptional in that they are often either ex-human, smarter than humans, or essentially full-fledged deities in a surprisingly approachable form.

On top of this, it should be noted that the Pikachu in Detective Pikachu is more than capable of speaking in human language, thus providing further support for the fact that Pikachu English in the newest Pokemon movie is not such a break from established canon. This is particularly true since the newest Pokemon movie is a separate timeline, in which the ability to speak English would actually be one of the less noticeable changes compared to the timeline of the Pokemon anime.

With that said, people who are feeling disgruntled about the incident of Pikachu English have a simple and straightforward solution. Simply put, the line comes up in a moment when Ash is not in his best state of mind, meaning that it is easy to hand-wave the whole thing as either a product of his imagination or an interpretation of real sentiment on the part of his Pikachu partner. Whatever the case, this would not be the first time that significant swathes of the Pokemon fandom has accepted fanon to explain something that bothered them. Considering the sheer popularity of the Pokemon franchise, it seems probable that this won't be the last time either.