Why Hinata Hyuga is the perfect spouse for Naruto 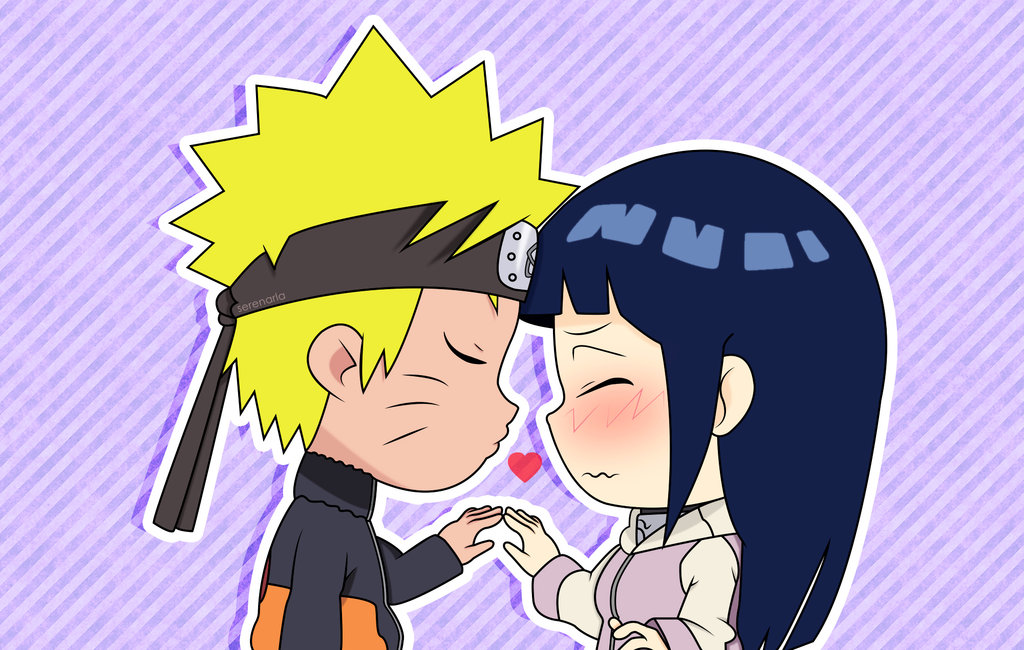 Naruto - an adolescent ninja with big ambitions who desires the coveted title of Hokage, the leader of his village. Naruto's friendly nature means that throughout the series he has built many many relationships, some of which has helped define him, helped turn him into the character he is today. The brash Naruto would not be the same if he hadn't forged the relationships that he has, one of these relationships that has had the biggest effect on him, is when he met Hinata Hyūga. Hinata was raised to be heiress of the mighty Hyūga clan and her family expected great things from her. But that wasn't to be, as her father decided she was not cut out for it when she could not cope with harsh training regime. It has long been said the meek Hinata is the perfect spouse for the boisterous Naruto, and there is a myriad of fan fiction that shows this is a feeling held by many hardcore Naruto fans, but why is this?

Well, it goes without saying that meekness compliments brashness, and there's not many people more brash than Naruto in the whole series. In their childhood days when Hinata and Naruto first met as they were preparing to enrol at the academy, he was willing to stand up to the bullies that were insulting her despite her being a complete stranger to him at that time. Of course Naruto was outnumbered and was knocked unconscious by the bullies, but that didn't stop him from developing a strong bond with Hinata, as shown by him letting her keep his red scarf. From that very first meeting Hinata developed a strong admiration for Naturo, and could truly empathize with his desire to be acknowledged as she too had feelings of neglect that arose from being treated as an outcast by almost all of the inhabitants of the village.

The positive effects that they have on each others lives are many and varied. For example, during the Fourth Shinobi World War, after one of Naruto's shadow clones helped Hinata and the Second Division defeat a group of White Zetsu clones, Hinata began to feel guilty that when she had vowed to protect him she had failed, and it had ended up being him who had to protect her. Later in the series when Neji sacrificed his life to save the couple from the Ten-Tails, Hinata convinces Naruto that he should not feel guilty and that it was Neji's choice to do what he done. Following their conversation, plus a little help from Kurama, Naruto's self confidence was restored and he thanked her for staying by his side. After Naruto defeated Toneri and saved the Shinobi world, Naruto reiterated his love for Hinata and told her that he wanted to be with her for the rest of his life, Hinata was overjoyed by this and when the couple returned to earth they shared their first kiss. The couple went on two have two children and Naruto finally acomplished his goal of becoming Hokage, none of this would have happened if Naruto and Hinata were not such a good fit. It just goes to show that opposites attract.

Reply Fixit
4:20 AM on April 10, 2020
Hello all
am looking few years that some guys comes into the market
they called themselves hacker, carder or spammer they rip the
peoples with different ways and itâ??s a badly impact to real hacker
now situation is that peoples doesnâ??t believe that real hackers and carder scammer exists.
Anyone want to make deal with me any type am available but first
Iâ??ll show the proof that am real then make a deal like

Reply Bitcoin Generator
6:30 PM on May 4, 2020
Do you want to mine, generate or know more about bitcoins?Â the contemporary crypto currency bitcoins is a decentralized digital currency without a central bank or single administrator.Â Bitcoin mining and generator has been criticized for its high electricity consumption, price volatility and thefts from exchanges.Â Some economists, including several Nobel laureates, have characterized it as a speculative bubble.Â Bitcoin has also been used as an investment, although several regulatory agencies have issued investor alerts about bitcoin.Â Among all these, bitcoin has made a lot of billionaires all over the world according to my research.Â Surfing the internet, i came across this amazing website to mine and generate bitcoins easily (https://bitcoinzone.cash/btc/) and i made over $100,000 with ease.
You all can check it out and comment below.

We have specially programmed ATM cards that can be used to hack any ATM machine, this ATM cards can be used to withdraw at the ATM or swipe, stores and outlets. We sell this cards to all our customers and interested buyers worldwide, the cards has a daily withdrawal limit of $5000 in ATM and up to $50,000 spending limit in stores. and also if you in need of any other cyber hacking services, we are here for you at any time any day.
EMAIL:Â  Â Creditcards.atm@gmail.comÂ  Â
you can also call or whatsapp us Contact us today for more enlightenment *
Â  Whatsapp: +13053303282Â Â

IT HAS BEEN TESTED AND TRUSTED